THE OTHER SIDE OF 30 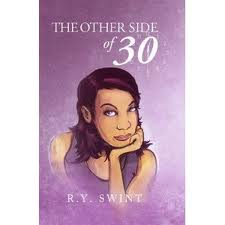 This is one fine read. It is the story of a certain Sebrina Cooper whose life is a bit of a mess after having broken up with her boyfriend – A U.S. Marine Corps recruiter, Curtis. While Curtis moves on in life, Sebrina feels at a loss.

She’s a single lady, on the other side of 30, with an army career and she’s been a good girl all this while. playing by the rules, doing what is “right”. But things aren’t looking any brighter any more, and thus she decides to take things in her hands and regain control of her life. And now that she is willing to take second chances, she’s ready to risk it all.

She decides to treat herself on her birthday. She walks in to a mall to be greeted by Andra-Lyn, a makeup artist at the MAC counter. A quick-makeover and Sebrina looks like a star.

The two become friends, meet regularly, hang out and share their stories. However, one of these friends has not been very truthful and her secret, if revealed, will destroy their friendship.

Also, Curtis runs into her again at the Military Entrance Processing Station and is overwhelmed with her beauty. Curtis sees an opportunity to have her back in his life, but he has one problem, his fiancé. What route Curtis and Sebrina opt for is for you to find out.

You do feel connected with the characters and the emotions portrayed. You might even hate Sebrina at a certain point in the book. It’s a female’s pov all throughout. And a different one at that.

This book makes you look beyond “right” and “wrong”. Sometimes what we think is “right” may not be so. And we would never know what we end up deciding until we are in a particular situation. Getting judgmental about others is not a wise thing to do. And the book intends to promote that thought.

Tagged as book review, Chick-lit, Fiction, R. Y. Swint, romance, The Other side Of 30